What is frequency, and how does it impact health? The studies from different scientists below may bring you some insights.

Frequency is defined as a measurable rate of electrical energy flow that is constant between any two points. Everything has electrical frequency, including essential oils; and Dr. Robert O. Becker, in his book The Body Electric, establishes that the human body has an electrical frequency, and that much about a person’s health can be determined by the frequency levels of the body.

According to another study by Dr Royal Raymond Rife M.D, every disease has a frequency. He found that certain frequencies can prevent the development of disease and that others would destroy disease. Substances with higher frequency will destroy diseases of a lower frequency. The study of frequencies raises an important question, concerning the frequencies of substances we eat, breathe and absorb. Many pollutants lower healthy frequency. Processed/canned food has a frequency of zero. Fresh produce has up to 15 MHz, dried herbs from 12 to 22 MHz and fresh herbs from 20 to 27 MHz.

Essential oils start at 52 MHz and go as high as 580 MHz. Clinical research shows that therapeutic grade essential oils have the highest frequency of any natural substance known to man, creating an environment in which disease, bacteria, virus, fungus, etc., cannot live.

This doctor and scientist, whose research has been buried for some time but has managed to resurface due to the work of avid supporters, developed a frequency generator in the late 1920’s. In brief, Rife successfully treated 1,000 patients diagnosed with incurable cancer in the 1930’s. He was honoured with 14 awards and an honorary doctorate.

American inventor Nikola Tesla (1856 – 1943), a pioneer of electrical technology, said that if you could eliminate certain outside frequencies that interfered in our bodies, we would have greater resistance toward disease.

In 1992, studies conducted at Eastern State University in Cheny, Washington, determined that the average, daytime frequency of the human body is 62-68 MHz. (A healthy body frequency is 62-72 MHz.) When a person’s frequency drops, the immune system is compromised. If the frequency drops to 58 MHz, cold and flu symptoms may appear. At 55 MHz, diseases like candida can take hold. At 52 MHz, one might contract Epstein-Barr. And, at 42 MHz, cancer is a real possibility.
Source: justalist.blogspot.com 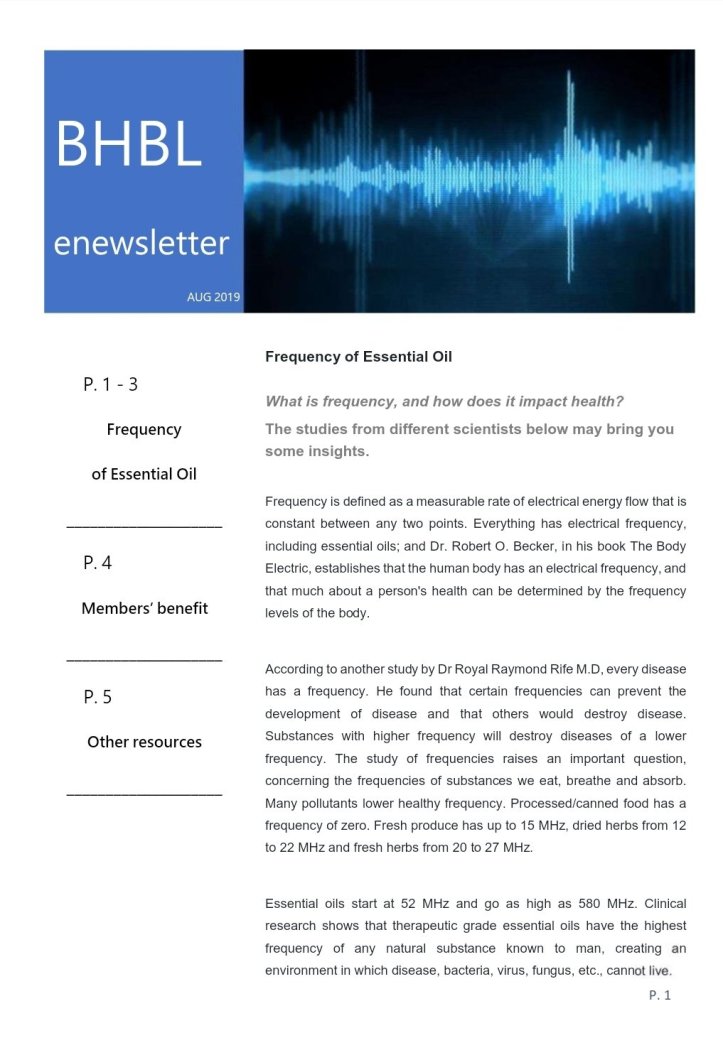 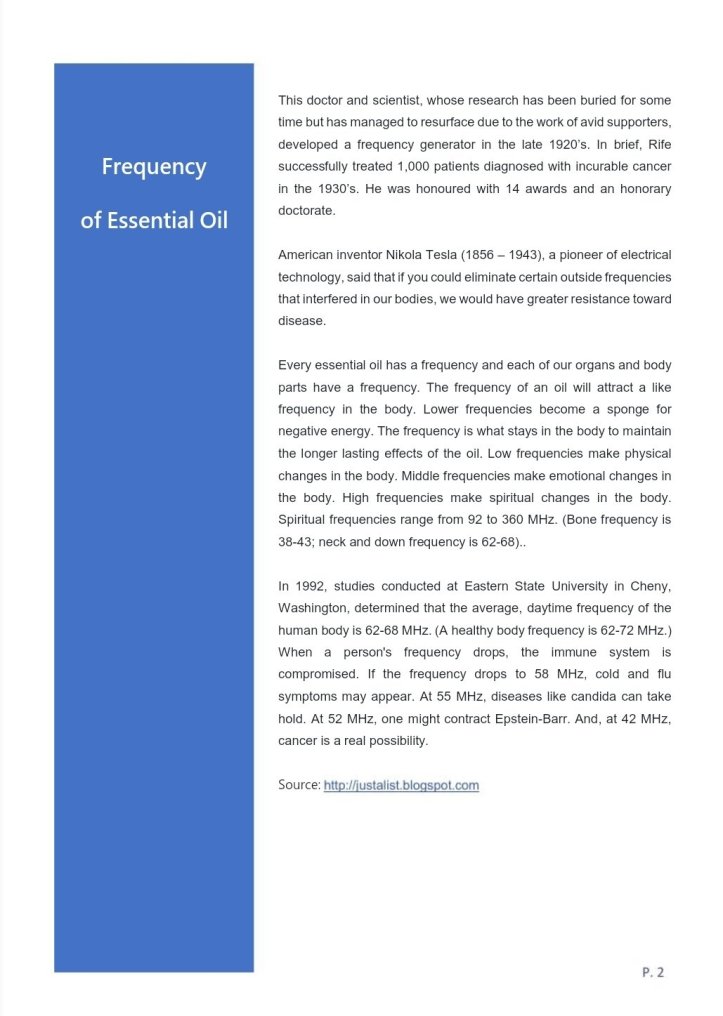 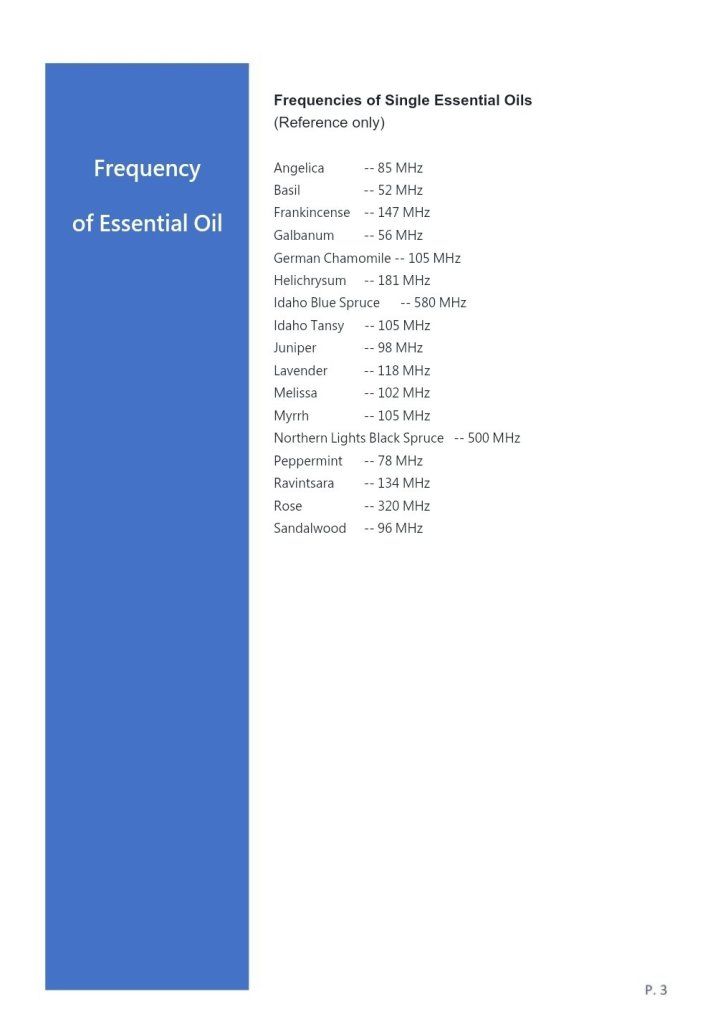 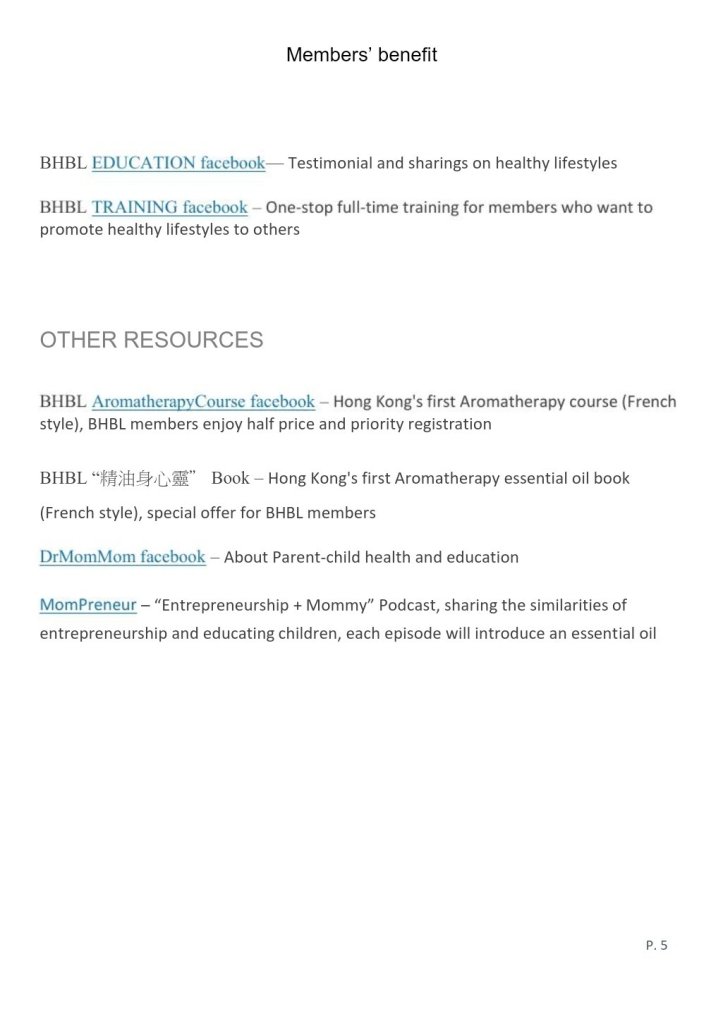